Mavis is the second episode of the eleventh season.

Mavis is a young diesel engine who works in the quarry at the end of the branch line, where she shunts trucks and puts them in their proper place. She has sideplates with wheels hidden inside like Toby to prevent accidents from happening on the line, but she is quite inexperienced as she has her own ideas for doing things, which is makes her keen for implement. She likes putting trucks in different position, which makes it much harder for Toby. Toby felt very cross with Mavis, and tells her off for placing the trucks in wrong position, but Mavis doesn't care much about what Toby has said. She thinks Toby is just being fussy and boring and continues to do things her way. After that, Toby says that he can't waste time playing "Hunt the Trucks" with Mavis, and orders her to keep it and sets off. Mavis felt very pleased, because taking trucks is more important for her.

Later, when Mavis met Diesel at Ffarquhar, she tells Diesel all about how much of a fusspot Toby is. Diesel felt delighted, but was glad that he has a diesel like Mavis to talk to. Mavis tells Diesel that steam engines have their uses, but don't understand, which meant that Toby says that only steam engines can manage trucks. Diesel then explains to Mavis that diesel engines can do anything better than steam engines, but Mavis takes his word to heart, without even knowing that Diesel knew nothing about trucks.

The line where Toby uses crosses behind Ffarquhar Station, and it is close to the farm lane. The rails here were buried in earth and ashes, almost up to their tops, which makes it more difficult to ride in the frosty weather, because of how the animals, carts and tractors makes the lane very muddy and slippery, and frost makes the mud rock-hard, as it also swells and prevents the engine wheels from gripping the rails properly. Toby has found it very troublesome, and so he warns Mavis and tells her what to do. But Mavis thinks that Toby is just being fussy and ignores his advice.

Later Mavis begins to take the trucks to the station without even knowing that the trucks, who were tired of being bumped around, planned to make her day difficult. As Mavis sees the "Stop" sign, she has heard all about Percy and took no chances and then carefully brings the trucks down to the farm lane, however, instead of stopping before the dip, she stops just before the road at the Level Crossing. The second man was there halting the brakes while the guard has unpinned the wagon breaks. She has been planning to have a giggle about Toby's headlamp with Daisy, until she has realised that she has stopped at the wrong place. Toby usually stops at the wet weather before reaching the lane, and his trucks are still on the slope, which means they cannot hold him back and their weight helps him move forward until his wheels grips again. But the trucks took advantage of her mistake and hold her back. Mavis hjust couldn't nove despite for her best attempts, letting her trucks laugh as her wheels spins helplessly. Mavis's crew sands the rails and tries to dig away the frozen mud, but the spade broke by mistake. This causes everyone who is caught in the resulting traffic jam cross.

Back at the yard, Toby was very angry when he has heard the news, but his driver calms him down by explaining to Toby that Mavis is young and needs to learn. Toby wasn't interested about it and willing to let her manage the trucks herself. The driver reminds Toby that they are actually his trucks, and Mavis wasn't suppose to come down to the yard, knowing that he will get into trouble by The Fat Controller. Toby then asks her driver whether he would tell The Fat Controller, but his driver says that he wouldn't and then asks him to rescue Mavis and clear the line. So Toby sets off to the lane to help Mavis.

Back at the lane, Mavis was facing the angry farmer, who was telling her what to do with her train when Toby came for help. With much more pushing and puffing, Toby finally starts to move Mavis and the trucks back across the lane. This makes his fire burn fiercely as he reversed, stopping at intervals, and his fireman uses ashes to melt the frozen mud. Finally Toby and Mavis wind up at the beginning of the lane and Toby wishes Mavis goodbye and leaves. Humiliated, Mavis takes the trucks to the shed, and quickly heads back home to the quarry. 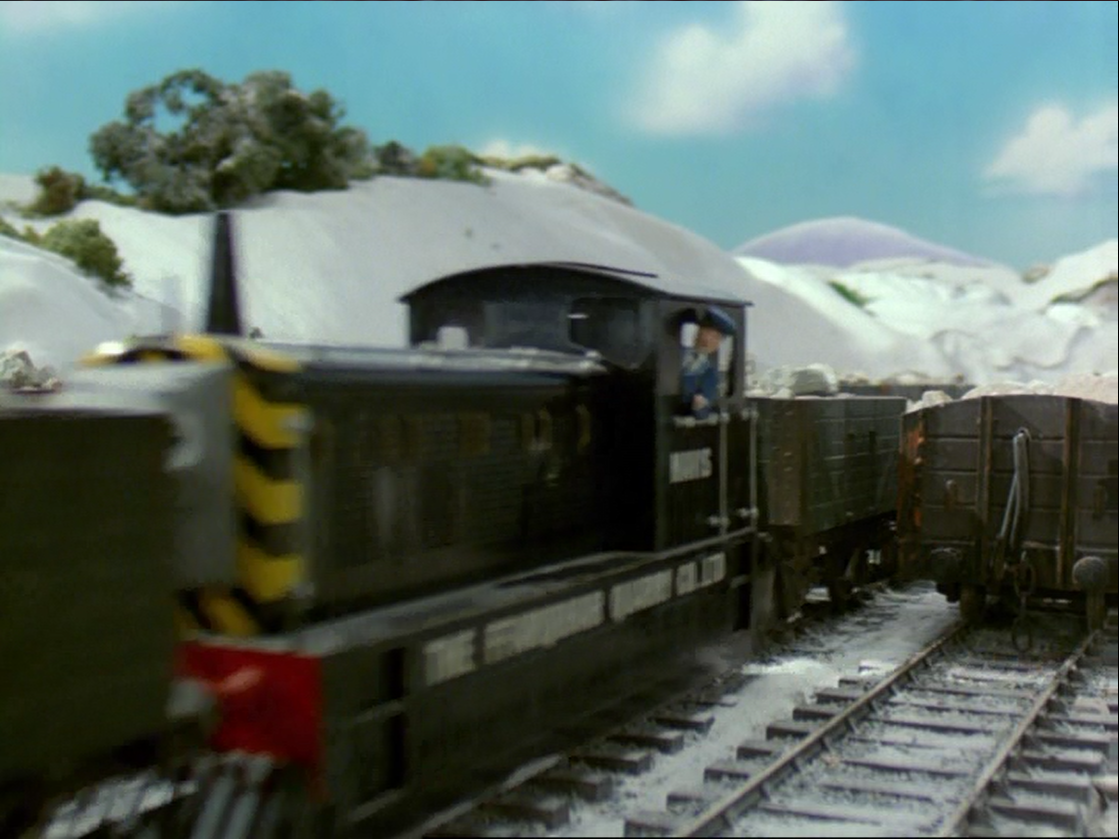 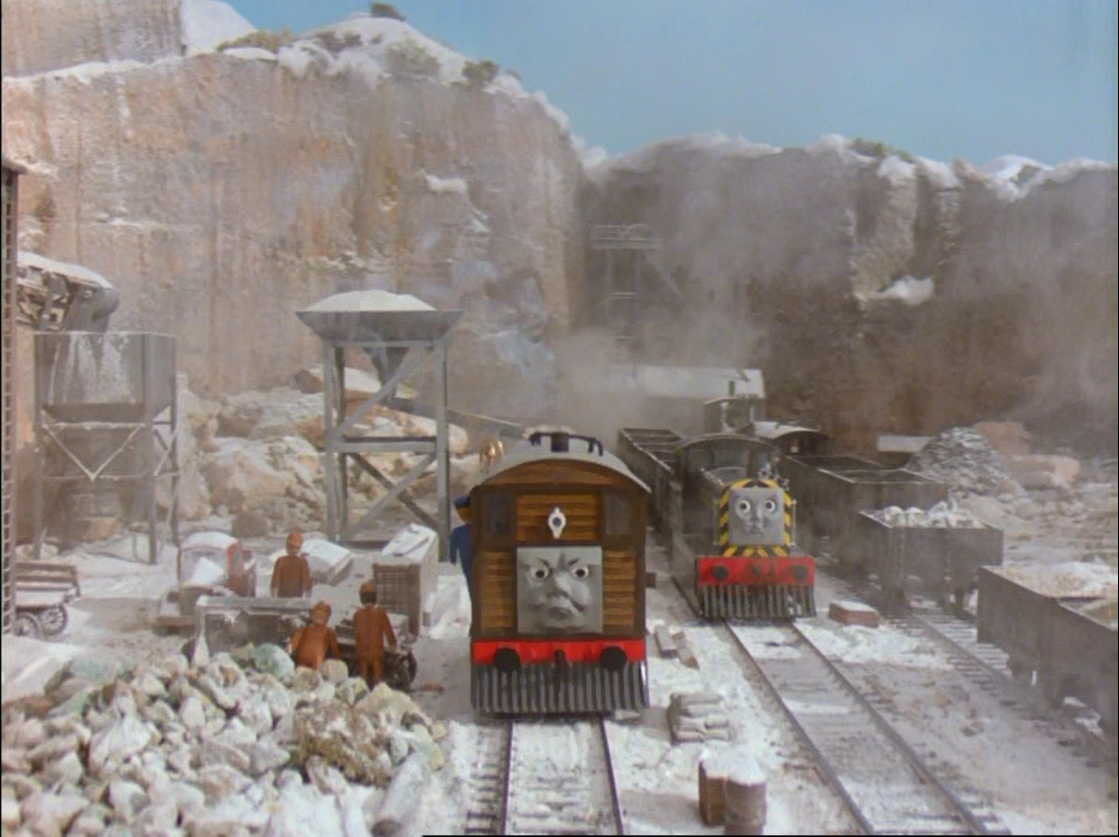 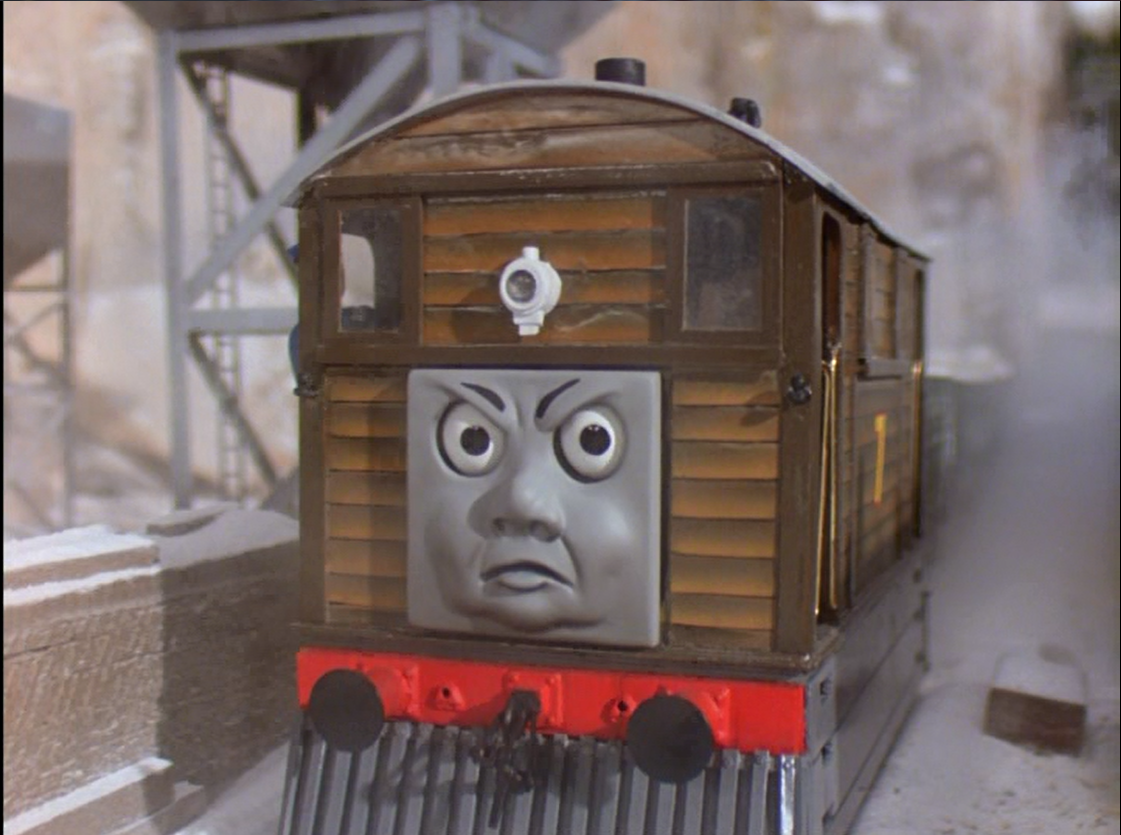 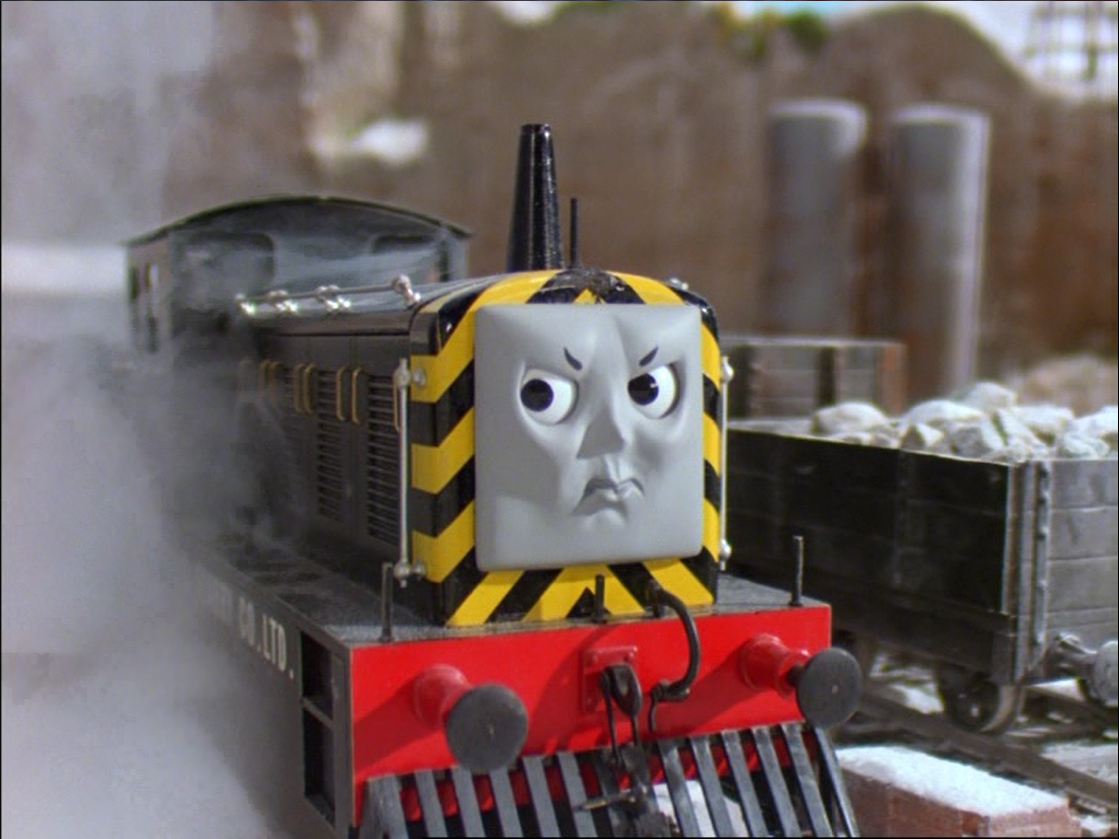 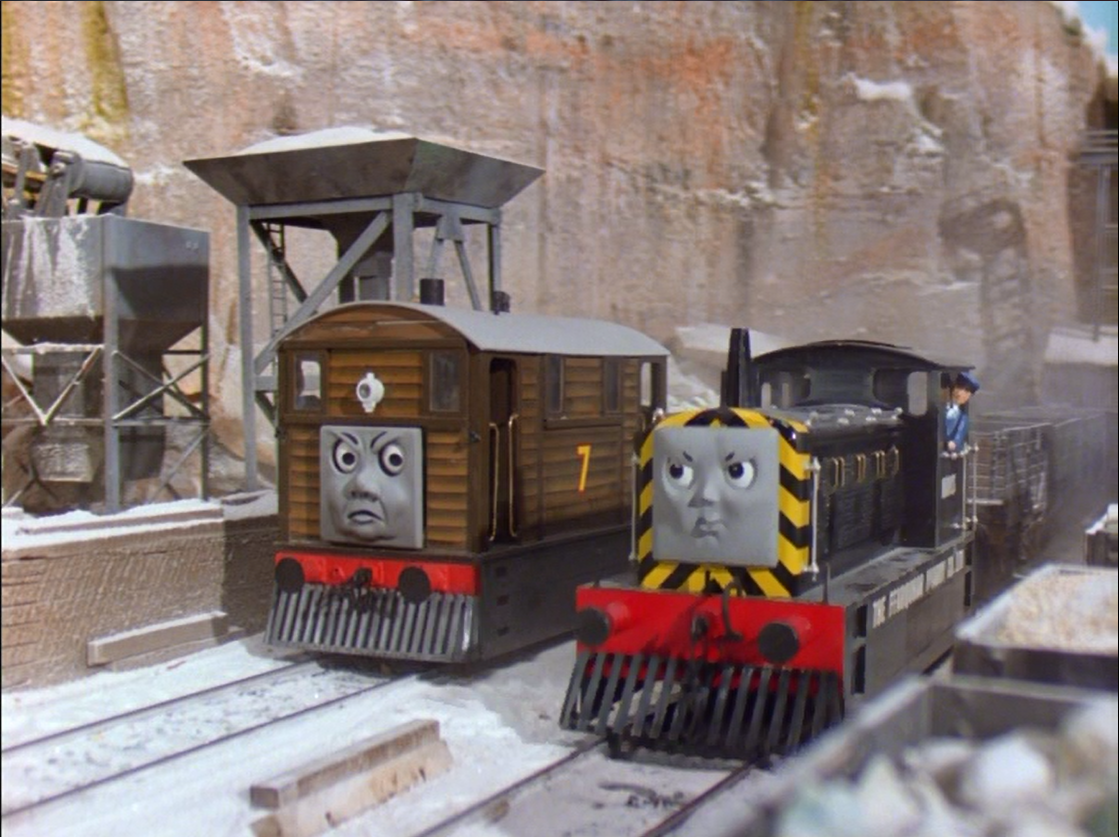 Retrieved from "https://thomastherailwayseries.fandom.com/wiki/Mavis_(episode)?oldid=34649"
Community content is available under CC-BY-SA unless otherwise noted.